How did you feel during the physical experience of passing over?

A Dearly loved cats description from the Afterlife,to their person, of how it felt passing over during Euthanasia. 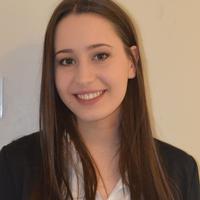 More by this Author

Extract from a communication with Tigger. Male Tabby cat.  Passed to spirit June 2016

I felt a combination of woozy mixed with the residual physical pains of 'squeezing' my body as it...let go of its previously residual functioning as a physical body beating with its heart and blood.

In (metaphorical terms) as if of a 'wringing of ones hands in squeezing out a cloth of liquid'; ...a squeeze...and a 'turn'...a squeeze..and a 'turn'..until...there was as such no fluid left to circulate- or that could circulate – amidst the 'squeezing'. Too, that such 'squeezing' was as if gradually preventing the previous 'liquid' to flow amidst my being. And so, it then, as if felt of a 'stationary' sensation. Quite a if I was 'numbed', and,like a 'cloth wrung well from moisture'...no drips or movement remaining. But of a condensed form, and, by which, I then left my physical body.

I 'raised myself'- it seemed- as if, above my body where it was. It curiously was as if I had left a long worn darling furry overcoat on a table at a vets. I 'flew' then fast, ....- at a speed of exhilaration- such that I know not where, yet upon experiencing such sensation it is so natural just to go with the feeling. I 'spun'...and spun, thrice several thousand and more, times over...to 'join' with those in ... 'land' of resonance in Love - with Willow, and those I care for, always, on this 'side'.

My explanation in your terms of expression ( and metaphorically) gives no true sense of such a feeling, from just words, yet,'spun' into 'One with All', is of an immersion to the centre of a force called Love, and of which, is Always, of a freshness, of which we spoke of earlier.

Your E-mail has been sent. We will be in contact with you soon.

Please refresh the page and re-submit the form.

SORRY
Your content caused an error and your email has not been sent.
Please remove any unusual characters and try again